This is Why You Should Learn a New Language 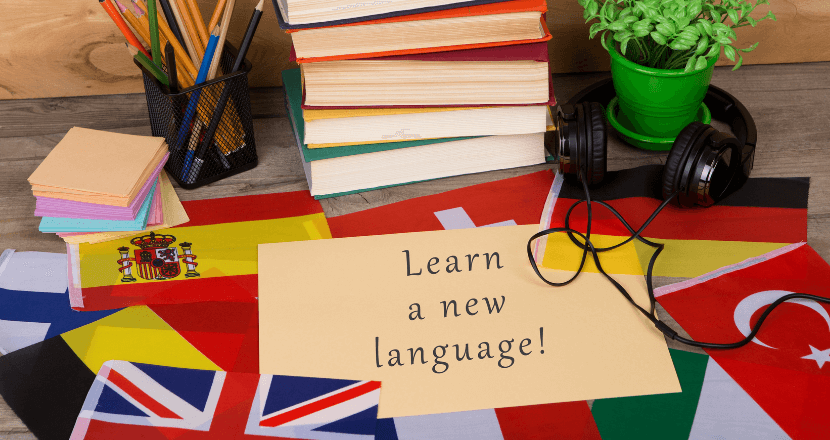 Everyone knows learning a new language can be one of the most valuable and rewarding things you can do over the course of your life. However, from the outside, it seems like an impossible task that is easier to just forget about than to pursue.

Interestingly, over 50% of the world’s population speak a second language, so what’s your excuse? In the UK we are fortunate that a lot of the world where English isn’t the primary language, choose it as their second language. We won’t get into how this was engineered by our colonial ancestors here.

You might think that the benefits of learning a second language stop at being able to order a beer at the bar in the native language, but you’d be wrong. Aside from a strong sense of accomplishment, there are a plethora of other benefits that come from learning and speaking a second language. Social status, employability and cultural understanding are just a few.

So, if you’re looking for the motivation you need to finally learn that second language, read on to find out the most significant benefits of learning a new language can bring to your life.

Connecting with other people is one of the best things about being human, and being able to connect and get to know someone in their language is incredibly rewarding. Understanding a new language allows you to connect with people on a  deeper level as you know all the different cultural aspects that appear with the language. Similarly, just literally talking to and communicating with people who don’t necessarily speak your native language opens you up to a world of new potential friendships and relationships.

Having a second language on your CV could increase your employability tenfold. Especially in the west where most people don’t speak a second language, it displays a multitude of employable skills. Regardless of the job or sector, it is among the top 10 liked skills by employers. If you want to land a job at an international company, being able to potentially communicate with international partners could give you a big leg up on the competition. Similarly, it shows professionalism, dedication and general intelligence.

If you want to boost your cognitive abilities and feed your brain, learning a language is a great way to do that. Research shows that learning a new language improves problem-solving, memory and critical-thinking abilities. People that speak a second language are also more creative and experience slower cognitive ageing and mental decline than monolinguals.

While you may not think it, learning a new language can increase your overall confidence. The sense of accomplishment you receive from actually putting in the work and learning a whole new language can make you feel on top of the world. Whether learning via an online language course or via direct immersion, at some point, you will be put out of your comfort zone and attempting to speak the language in front of an audience or native speaker. This is where your confidence grows, and it is necessary to be able to push forward and continually improve your skills and understanding of your new language.

You may have heard that learning one language allows you to pick up other languages easier and quicker. Once you grasp the techniques required to learn a new language, you will find it easier for following languages. You also create new neural networks when learning a second language, which is perfect for interpreting and understanding new language structures.

Learning a new language could be one of the most rewarding experiences you embark upon. It is now easier than ever to grasp a new language with a multitude of online language courses available. Just put in some time and you could learn a new language on your lunch break! While it can be daunting and seemingly impossible to learn a whole new language, once you get started it will become easier. Following through and completing your education in a second language can also provide a plethora of other benefits aside from actually speaking another language. Confidence, brain growth and employability will all receive a boost. Once you surmount the first language, it will be much easier to learn more languages and you won’t want to stop!