Best 10 Netflix series for this summer

Even though most of us are looking forward to a summer where we can actually leave our front doors, Netflix’s upcoming 2021 lineup may keep you in more than you think.

Get your broadband at the ready, below we will look at the 10 hottest shows you can catch on Netflix in the next few months:

Now with an equally murderous girlfriend by his side, seductive serial killer Joe finds himself obsessed with a new target.

After season 2’s shocking ending and finding out Love is pregnant, we see the pair move to the suburbs. It’s here that Joe spies his latest prey through a fence of all things. Season 3 will see Joe juggling fatherhood, his girlfriend’s own murderous tendencies, and his own latest obsession.

It’s felt like a lifetime but Sex Education should find its way through your broadband line this summer with filming wrapping up earlier this year.

Set in Moordale high school, the series follows insecure student Otis Milburn who, along with some help from his sex therapist mother, has set up an underground sex advice business. Season 3 will focus on Jean’s unexpected pregnancy, as well as Maeve’s trouble at home.

Perhaps best known for her legendary crying in Hereditary, Toni Collette takes the lead in this new show based on Karin Slaughter’s thrilling best-seller.

The show’s main plot revolves around Collette’s character attempting to stop a gunman, revealing more than she intended about her previous life. The thrust of the show is how this event affects her relationship with her daughter and the shockwaves it causes as a result.

The Canadian zombie thriller returns with season 2 as the season change and summer turn to winter.

With its unrelenting pace, believable characters and scenarios, season 1 proved a massive success with many feeling it surpasses The Walking Dead in every way.

Here’s hoping season 2 is as good.

With an expected release date of August 2021, it shouldn’t be too long before fans of The Haunting of Bly Manor can lay their peepers on Mike Flanagan’s latest creep-fest.

The filmmaker’s latest supernatural show takes place on a bleak island with an isolated community, documenting the miraculous events and spooky goings-on after a young priest arrives, disrupting the peace.

Fans of Flanagan’s previous work will also be glad to see his wife Kate Siegel return as a leading lady in his latest work.

The upcoming show, Clickbait, is a mini-series that explores the uglier side of human nature in the age of social media. With splintered online and offline personalities, the show will use 8 different perspectives to tell the story of a bloody crime.

Co-written by Tony Ayres and David Heyman (Harry Potter, Gravity), the show was filmed in Melbourne, Australia, and is sure to be a great mystery. 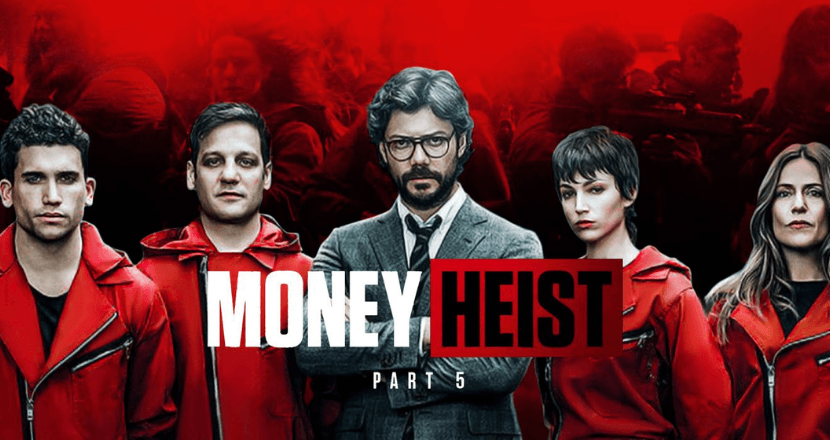 Spanish hit Money Heist was somewhat of a surprise hit when it first hit Netflix in 2017 with fans lapping up every drop so far.

The latest season is said to be the last, and while the first half of the series is set to premiere in September, unfortunately, you’ll have to wait until December to see the show’s conclusion.

With 10 episodes in total, we should finally find out if the Professor’s crew make it out of the Bank of Spain alive, and if so, exactly how.

Produced by the Obamas (yes those Obamas), this new Netflix show is an animated look at human rights, social issues, and citizenship with the help of upbeat music and some famous artists.

9. Masters of the Universe: Revelations

Picking up where He-Man left off, Kevin Smith’s new show is exactly what it sounds like: a continuation of the original 80s hit series.

With absolutely stunning animation and an impressive score, the series is a nostalgic treat for adults and kids alike. Warm your broadband up, this is one you’ll want to watch in 4K.

Set in Tel Aviv, Israel, this new drama series follows the downfall of a man’s life after his wife is killed in a hit-and-run incident.

From the creators of The Killing, the show is sure to be broody and incredibly watchable.

With many other shows in the pipeline, including the new series of The Witcher and the potential for an early release of Peaky Blinders season 6, this summer is looking scorching for new shows to watch.