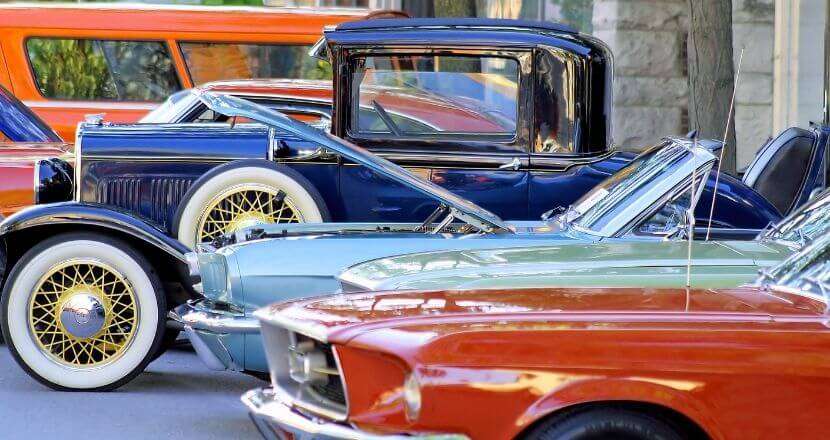 Whether you’re looking to buy a classic car, are just an admirer or have no interest in cars in general, everyone can appreciate a true classic car. It is a portal into the past that allows us to see how far we have come in terms of automotive technology.

For those looking to purchase a classic used car, there are many things that need to be considered, maybe even more than if you were purchasing a new car. You need to think about how much you want to drive it, as this will determine what condition the car needs to be in.

Famous car brands are favoured for their classic models even to this day, using the features to signify their continued brand identity. Owning a classic car and experiencing the true feeling of driving before our cars were filled with technology and assistance is something that is reserved for the lucky few that can get their hands on one of the few working classic cars.

But with so many cars to choose from, it can often be difficult to commit as it is likely that this will be your one and only classic car. It needs to be cared for, maintained and loved. Read on to find out what are the top 5 classic cars.

This classic muscle car comes in at the top of the list. Even to this day, the design hasn’t shifted far from the 1960’s version that put it on the map. It is a staple for large classic car collectors, in so much as a true collection isn’t complete without a vintage Ford Mustang. Buying a used Ford Mustang from the 1960s or 70s shouldn’t be a problem either, as their excellent craftsmanship allows them to run just as well as they did 50 years ago.

If you haven’t heard of a Camero then you must have been living under a rock! This is considered on the same level of classic cars like the Mustang and has been an equal part of pop culture in the USA since the 1960s. A true muscle car, you will hear it roar all the way down the street and beyond. It is thought to have one of the most classic engine noises even to this day. Most recently, fans will have seen it revitalised in the Fast and Furious film series, as it plays a big role in everyone one of the eight films. While this won’t come cheap, they don’t make used cars like this anymore and you would be better off going with one of these over a used Ford Focus.

Speaking of films, we all know this classic vehicle from the James Bond franchise. The Astin Martin is practically a main character in their films and has been for their entire run. The vintage British design has not gone out of fashion, with the newer models still heavily resembling the old. If you’re looking to buy a used car, and a classic one at that, you have a good chance of finding one of these. While the DB6 model is the most famous, there are numerous other models such as the DB5 and DB9 from the same time period that will be available as a used car. Why not collect a piece of British history and enjoy the traditional drive while you’re at it?

In the same vein as the Aston Martin, the Jaguar E-Type is just as significant a part of British motor history. It has also featured heavily in the James Bond films but did not play a central role. While Jaguar isn’t what it used to be, it still holds onto its former glory and most of its business is done because of the name it made for itself with the classic models like the E-Type. Perhaps the most unique looking out of the classic cars on the list, it has been described as the most beautiful car ever made by none other than Enzo Ferrari.

While this classic 911 didn’t pack as much punch as the newer models, there is a reason they’re still making the exact same car to this day. The unique design and the impressive horsepower captivated audiences back in the 1960s and 70s who had rarely seen a true sports car. Revered on television shows for its impact on British culture and truly audacious design, it comes to mind straight away when we think about the best classic cars. If you’re looking for used cars, and are considering the 911, you better have a decent amount to spend because the vintage ones don’t come cheap.

These beautiful cars are enough to make your jaw drop. Just looking at them can transport you back in time to an era where cars were so simple. The US muscle cars are revered even to this day for their impact on the culture and the ferociousness of their engine and design. Classic British cars have been celebrated in British film history over the years which has only added to their identity and secured them a place on the timeline of Britain. While there are plenty of other cars that could have easily been on this list, it’s hard to argue that these aren’t the top 5 classic cars of all time.