The Controversy of E-Scooters 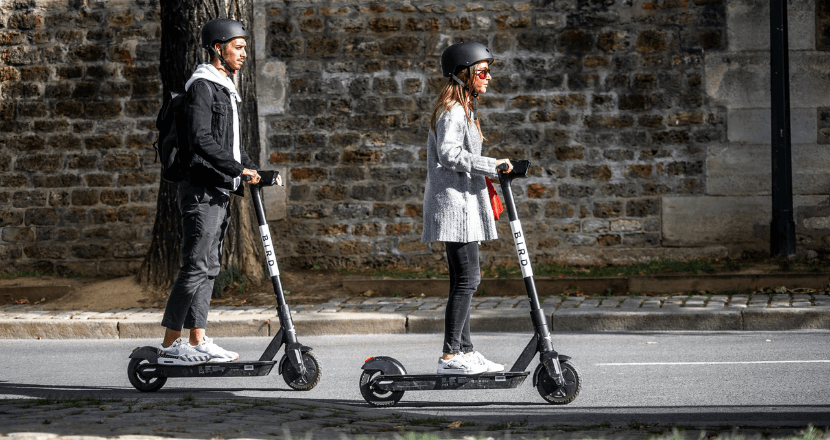 Go to any city center and you’re bound to see more than a few e-scooters swiftly gliding along with a wide demographic of riders enjoying the convenience.

Despite their growing popularity, opinion is divided on e-scooters becoming a mainstay of our public highways with road safety being a primary concern. Below, we will discuss why e-scooters are seeing increased usage and some of the issues related to their popularity.

Why Are They So Popular?

On paper, e-scooters are a nifty solution to some of the biggest issues regarding transport and city centers. Perhaps most importantly, they have no emissions and can help reduce pollution in our busiest places. As well as this, they reduce sound pollution, ease congestion and provide quicker journeys for many during rush hour times.

The satisfaction of an e-scooter user is almost palpable as they effortlessly glide past car-based commuters stuck in traffic. And who can blame them for feeling smug? Using the UK as an example, a daily commute can cost upwards of £7, whereas an e-scooter rental subscription can cost as little as £2.25 a day. That’s a 69% saving which can be spent on coffee and morning donuts.

The industry as a whole is seeing exceptional growth. The e-scooter market was estimated to be worth around $20 billion in 2020 and is expected to grow in value to around $42 billion by 2030 should its trajectory continue.

Despite originally being seen as something only for hipsters, the general acceptance of e-scooters has seen private sales increase by 134% in 202. The biggest growth though is expected to be seen in companies like Bird and Voi that provide city centers with access to rentable scooters for getting about town.

Private scooters are still not legal in most cities across the globe unless you’re riding on private land. This doesn’t seem to deter many people from still trying their luck however with police forces regularly having to confiscate e-scooters that stray beyond the limits of the existing road safety laws.

While private scooter laws are ironed out, most major cities now have rental schemes in place where people can hire an e-scooter that is geo-locked to certain areas and can’t exceed certain speed limits.

Each city has its own regulations on these depending on its infrastructure. Some countries like Copenhagen allow people as young as 14 to hire a scooter whereas countries like the UK require a renter to hold a provisional driving license and stick strictly to cycle lanes.

With growing concern over climate change and a change in people’s attitude to commuting due to the covid-19 pandemic, the legalization of e-scooters seems inevitable.

But what exactly has people so worried?

One of the major concerns is the safety of the scooter user themselves. While scooters provide a quick and “green” way to get about cities, they still have to navigate a host of obstacles on the roads. This includes cars, buses, trams, and cyclists, not to mention other e-scooter users. With an e-scooter providing zero protection in the case of a collision, some fear they are simply too dangerous to share the public highway with.

In 2018 for example, there were 1500 scooter-related injuries in the U.S. reported. As the amount of scooters increases, it’s inevitable this number will grow. And unfortunately, there are of course some fatal cases.

In 2019, the UK saw its first fatal e-scooter collision when TV presenter and Youtube star, Emily Hartridge, was struck by a heavy-goods truck in Battersea, London. Unlike cars, where safety features can be implemented such as airbags and seat belts, an e-scooter’s design prevents it from implementing much in the way of safety.

Other concerns come from those who share the city with e-scooter users.

To be ambling along, looking at shop windows, minding your own business only to have an e-scooter whizz by on the sidewalk is disconcerting, to say the least. There have already been many cases of pedestrian collisions reported with some significant injuries as a result.

Irresponsible riders are a big issue with some being a particular nuisance on the roads, using the scooter’s dexterity to nip in and out of cars putting people at risk. Pavements are also often blocked from poorly parked rented scooters, causing people to have to walk in the road to get by.

Another cause for concern is the number of riders who have been stopped for showing signs of being drunk.

While the idea of drink riding might not seem that big a deal, the reality is these irresponsible users put other people at risk, causing dangerous near misses with cars and pedestrians.

Rental company Voi has tried to counter this issue by forcing users to undertake a “reaction test” if renting at night to prove they’re not drunk.

E-scooters offer a solution to some major problems, namely, pollution, congestion, and cost. The truth is, e-scooters are probably here to stay, but road laws and regulations need to quickly catch up in order to keep everyone involved safe. Until then, e-scooters will continue to cause controversy.