The battle between BMW vs Audi 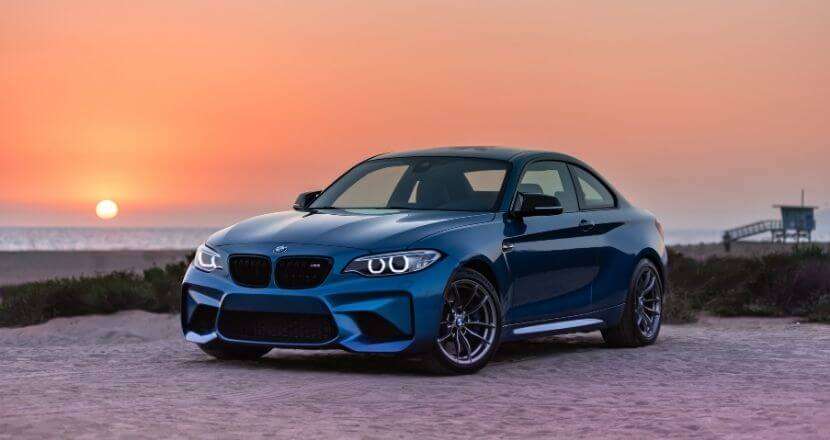 A battle that has stood the test of time and has been debated over and over again, which is better, BMW or Audi?

They’re both German, they both make luxury cars and both offer a similar variety of models, but which of these giants is better?

Thanks to the hard work of the respective brands’ marketing departments, they have been aligning their cars with our personality for decades at great expense.

It is highly likely that you have an inherent, subconscious bias toward one of these brands. At the end of the day, they’re cars, but it’s what owning one says about you. Are you adventurous, professional, ambitious or a free spirit?

To save you the trouble of endless hours of video comparisons, dealership visits and test drives, we have tabulated all the information and data to figure out which is better, BMW or Audi.

Let’s start off by talking about the heart of these vehicles, the engine. German’s are notorious for superior engineering, and that is definitely true for their engines.

If you consider common opinion, you will find that BMW’s engine is more conducive to a better all-round driving experience. This, in part, is because BMW design and make their own engines, while Audi uses Volkswagen engines in many of its models. For example, you will find the engine from a VW Golf in the Audi A3, something that is kept quiet as it doesn’t necessarily lend itself to the luxury appeal and premium image of Audi cars.

Surprisingly, when looking at fuel economy, the two competitors are fairly comparable. The miles per gallon (MPG) produced across the board is fairly reasonable and doesn’t stray too far from what is expected of luxury cars.

For all the petrol heads and speed demons out there, you’ll know well that certain models of both BMW and Audi near the top of the list when it comes to 0-60 mph time. DIsappointingly, however, there is next to no difference between them. There was no noticeable difference across the different models either.

Like all car manufacturers, Audi and BMW have a very unique style. Whichever one appeals most is subjective, but this is often the biggest factor in deciding which car to buy.

Audi’s cars have a sporty exterior with a stylish and refined interior throughout their range, while BMW’s have a braver and more professional aesthetic with a similarly refined and classy interior. However, Audi just edges out BMW as it’s clear they put more thought into the interior, and after all, that is where you will be spending most of your time. The high-quality materials and features put Audi slightly in front from an overall aesthetic point of view.

Nowadays, the tech featured in your car comes to close to that found in an aeroplane cockpit. The high-definition screens, gadgets and quality of life features are one of the most important features to consider when buying a new car as the tech is going to be the thing that you’re interacting most with aside from the actual car and engine.

When it comes to tech, there is a lot of add-ons and this results in a lot of variation between models. Because of this, we’ve considered the overall quality of their tech as opposed to what’s included in which car.

The technology featured in both Audi’s and BMW’s is obviously some of the best around. They include all the bell’s and whistles, from built-in satnav to touch-sensitive steering wheels, but one of them just come out on top in this category.

BMW’s patented iDrive system has been gradually improving since its introduction in the early 2000s. It features a classy and clean aesthetic with high-quality graphics and sleek rotary wheels and controls throughout. It also has a voice control option, a touch-sensitive steering wheel and gesture controls in select models.

The crown jewel in most mid to high-end Audi cars is the Virtual Cockpit. A feature-packed 12+ inch screen right behind the steering wheel, helping you keep your eyes forward when driving. The screen can display sat-nav, call functions and a whole host of other information. While the graphics on this screen aren’t the best, the capability it provides and the premium feel it gives the interior makes it better than the BMW in terms of tech.

Everything mentioned above obviously contributes to the overall driving experience, but we need to discuss what actually happens under the bonnet when you change driving modes and put your foot down. Both Audi and BMW have very different and unique systems that essentially transfer weight and move power from rear wheel, to front-wheel or to four-wheel drive depending on terrain or selected driving mode.

Audi’s well known Quattro driving mode enables four-wheel drive and is thought of as one of the most effective of it’s kind available. Because of this, it comes at a price and will cost a pretty penny to add on.

BMW has favoured a rear-wheel-drive system which has featured in all their cars for some time now. This system produces supreme handling in most conditions as the more power and weight in the rear-tires, the better handling and control. BMW has also developed its xDrive system that attributes 40% to the front tires and 60% to the rear by default, but can be changed on the fly by the driver depending on environment or mood.

It’s hard to pick a  clear winner in this category. For a sportier drive, the BMW is a better choice, but for something a bit more rugged and powerful, it’s the Audi.

It’s probably safe to assume that if you’re shopping in this category, price isn’t your biggest concern. They’re obviously not the cheapest nor most efficient cars on the market.

When it comes to purchasing price, there isn’t much difference with prices varying between models but hovering around a similar price range on average. The most expensive model between the two is the Audi R8

Yearly maintenance costs are also similar with both brands requiring a mere £2200-£2500 per annum in expected running costs.