The 5 Best SUVs for the City 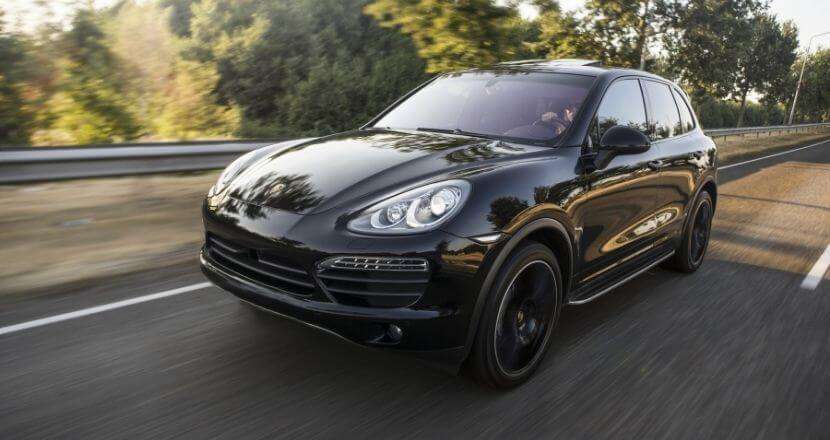 SUVs are now some of the most popular cars in the UK accounting for a significant portion of cars on the road. Their popularity comes from being a good all-round car, built to succeed in many different environments.

Many people would think that SUV’s wouldn’t suit city living very well, but most people would be wrong. Newer SUVs are actually quite compact but make good use of the space inside. They do this in part by clever use of mechanisms to slide seats around, enlarging the boot.

This sector is notoriously full of expensive offerings with premium car manufacturers releasing top of the range cars year-after-year. Some of the best all-round cars are in this category – cars that can comfortably take an off-road adventure and then take the kids to school the same day. While this is not a realistic daily example, this is what people want their car to do and it’s what the car companies advertise to us.

With their wide appeal comes strong competition. A lot of the well-known car brands have strong competitors with space, safety and utility being the most important things to buyers. But for city living, a new set of expectations arises.

If you’re in the market for a new SUV that can support your life in the city, you’ve come to the right place. We have done all the research for you and are pleased to present the 5 best SUVs for the city.

The 5 best SUVs for the city

The clear leader in the tightly contested pack, the Range Rover Evoque shines in the looks department. This is the second version of this model which has grown in size and has acquired some new features. While it isn’t the biggest car, there is good legroom in the back seat for adults. The luxurious-feeling interior and exterior suit it well for a city SUV.

The surprisingly good looking entry from Volvo took the industry by surprise when it was released in 2018. It definitely has the sleek, city appeal that younger professionals and families are looking for. It does slightly lack in practicality as it is a larger car, but it makes up for that with the included technology and gadgets. The available hybrid models might win some customers over, especially as we’re talking about the best SUVs for the city. The refined XC40 is a great choice if you’re looking for a city SUV if you’re looking for a down-to-earth taste of luxury in a humble package.

While a Mazda may not be everyone’s first choice when it comes to compact SUVs, Mazda has put together a real competitor here. With a sleek interior and surprisingly good looking exterior, the quietly confident CX-5 is a great option for the city. While it does produce slightly higher than average CO2 emissions and is perhaps a little more expensive than some similar offerings, the inside space, torque and gadgets make it a very viable option for drivers.

The Ford was bound to show up on this list at some point. The classic Ford styling is very apparent with the Kuga, it is handsome yet unassuming with no real exciting exterior features. While the Kuga has faced problems with Ford recalling some hybrid versions, the Diesel version remains a very viable option for a city SUV. One of its strongest features is the drive quality which many may consider a compelling factor for driving in the city. Having gone through many iterations since its introduction over 10 years ago, the Kuga is now packed with technology ideal for city living and weekend getaways.

Surprisingly, the Tiguan is Volkswagen’s third best-selling car after the infamous Golf and Polo, which is a testament to its overall quality. The comfort, refind interior and simplified exterior put this car right up there with the leaders of the pack. As with other Volkswagens, it is quite expensive and to get the best out of it you will need to include various add-ons. But If you’re willing to splash the cash, this fantastic car could make for the perfect city SUV.

While an SUV may seem like a strange choice if you live in a city, upon closer inspection you realise that it is actually the perfect option. It gives you all the space required for a family with the power and the unique styling of a 4×4. The environmental impact is definitely something to consider, but with many of the above options offering hybrid versions, this negative is almost erased. The 5 best SUV’s for city living give you an option for every family and eventually, be sure to take them for a test drive before you finally purchase one.