The 10 things to know about M1 Apple processors 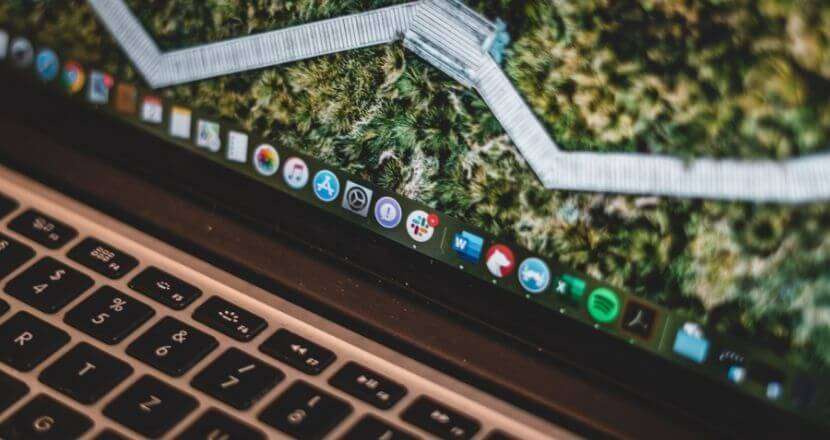 The biggest news from Apple’s most recent exhibition where they showed off the new MacBooks and iPads, was their shiny new M1 processors.

This is the first time that Apple has strayed away from Intel’s chips which Apple has been using in its products for a decade.

All the statistics and early reviews point to a very impressive experience and one in which would not have been possible with the old Intel chips.

This is the first iteration of this chip, and while it is a step forward, it isn’t perfect, but experts expect it to be perfected in the following models.

If all the computer talk is a little bit confusing, don’t worry, we have done the research and broken down the top 10 things to know about Apples M1 Processor.

Somehow the screens keep getting better. These new screens are LED-backlit and are crammed full of colours and pixels, with 2560 by 1600 resolution.

A big talking point from early users is the amazing battery life, which lasts up to 18 hours from a full charge, almost double the previous version. The efficiency created by the M1 chip is a monster when it comes to saving battery

That’s right, the new MacBooks with the M1 chip don’t have a fan! Thanks to the chip, tight integration between all internal parts and the aluminium design, the laptop never gets hot enough to need a fan to cool it down. Even when running multiple programs and pushing the laptop to its limit it will stay cool. Just think about not having to deal with a noisy fan or a hot laptop!

Apple has upgraded to USB4 via their USB-C ports which made a return with these new MacBooks. Powered by the M1 chip, these new MacBooks can now transfer 40Gbps via USB. This capability works with any USB device.

Just like iPhones and IPads, the new MacBook now instantly turn on when the user lifts the lid. This ability is quite revolutionary for a laptop and will save users a lot of time and heartache when taking a quick break from work.

The M1 chip has allowed Apple to pack in the ability for the user to interact with external devices of all kinds from TVs to external trackpads to increase the functionality of the laptops.

Unique for a laptop of this size, the new MacBooks powered by the M1 chip are thunderbolt enabled via the USB-C port. This incredibly high-speed data transfer is used to connect devices such as 4k monitors and external GPUs and requires up to a 20Gbps rate.

This one is pretty self-explanatory. The M1 chip enables faster connection and faster WiFi speeds by reducing the latency between the laptop and router. The new MacBooks can theoretically transfer over WiFi at speeds of up to 10Gbps.

A feature many iPhone users will be familiar with, this security feature hasn’t made an appearance in MacBooks until now. This additional security feature allows users to unlock their laptop with their fingerprint or use Apple pay.

The efficiency and power of the M1 chip have allowed Apple to ramp up the wireless technology capabilities of the new laptops. This creates strong and more secure connections for the best user experience when transferring files on the move. Conscious of confidentiality, Apple has made sure to meet the highest standards of encryption when transferring user data.

The technology and early reviews suggest that the M1 chip and the new MacBooks themselves are a triumph. Many aspects of the mac experience have drastically improved, while the price has remained largely the same.

The one issue people have is that some common apps such as Adobe programs have not upgraded to a dedicated M1 version, so they run the Intel version which is not ideal but still super fast.

Starting at $699 it’s not cheap but is unquestionably one of the best laptops on the market.